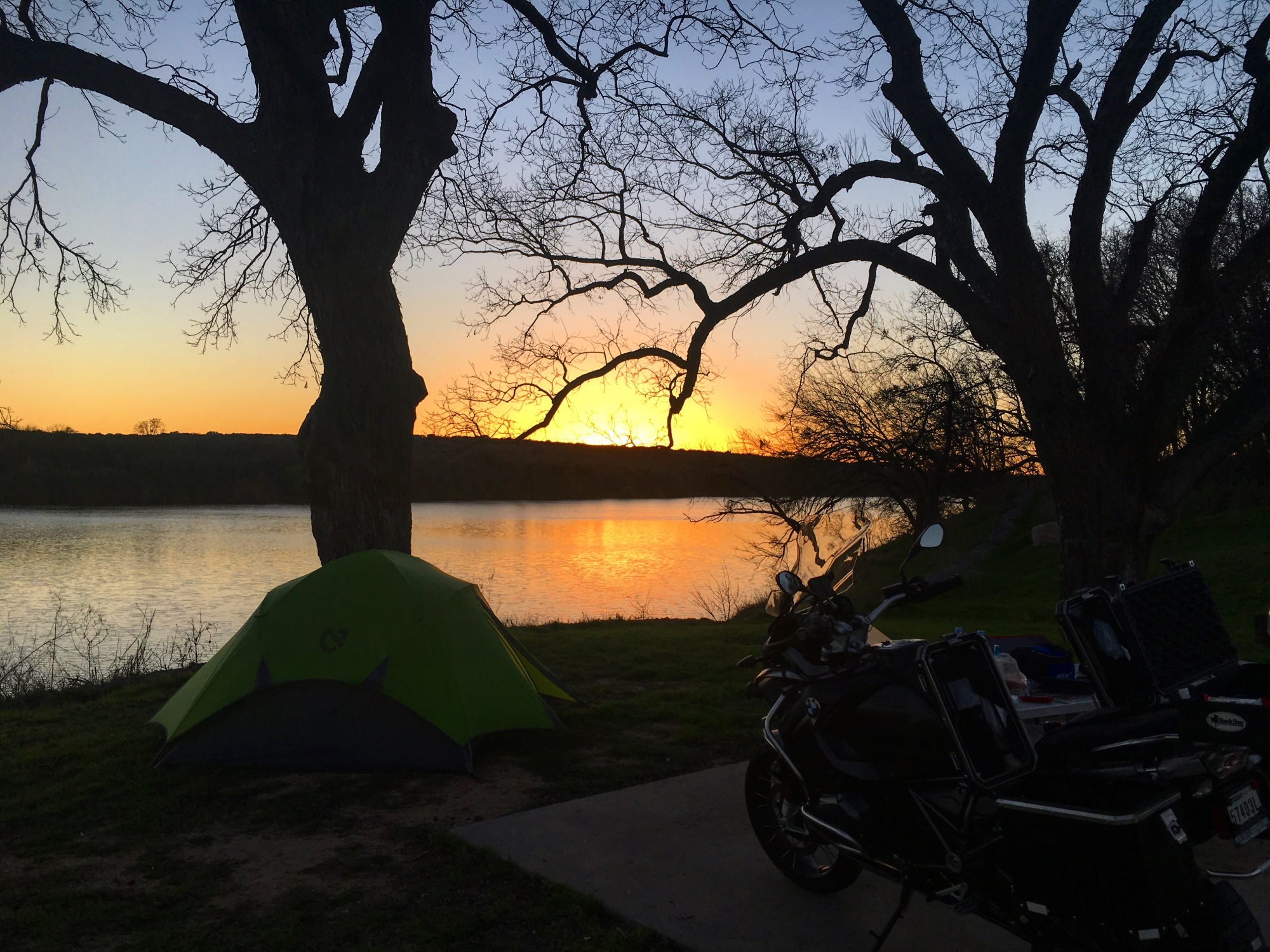 Have you ever invested a lot of time making plans for something that doesn’t go the way you planned?  Yea, me too…

Have you ever thought “my life is not the way I planned it would be right now”?  Yea, me too.

Have you ever set a goal only to fall short because something out of your control forced you to change your plans? Yea, me too…

Sometimes we work hard, make plans, set goals,  dot every “i” and cross every “t” and then it happens…   something that’s out of our control trashes our best laid plans, changes our course, and jacks up OUR timing.  Feel me?

When you’re a planner and a bit of a control freak things like this can upset your apple cart (putting it mildly) rather quickly.  After all, YOU had everything worked out and planned right? The right place, the right time, the right people, the right partner, the right job, the right kids, the right everything…

…but we all know life isn’t that clean and easy.

I was reminded of this recently with a weekend Moto Trip I had planned. The key word being planned.  I know many of my riding friends just “ride and wander” and end up where they end up but for me I get too focused on looking at a map rather than enjoying the ride I had PLANNED… so I plan. Every route, every road, every camp spot, etc. Load all that info on the GPS and ride.  It’s just how I roll.

This is exactly what I do a few weeks ago… 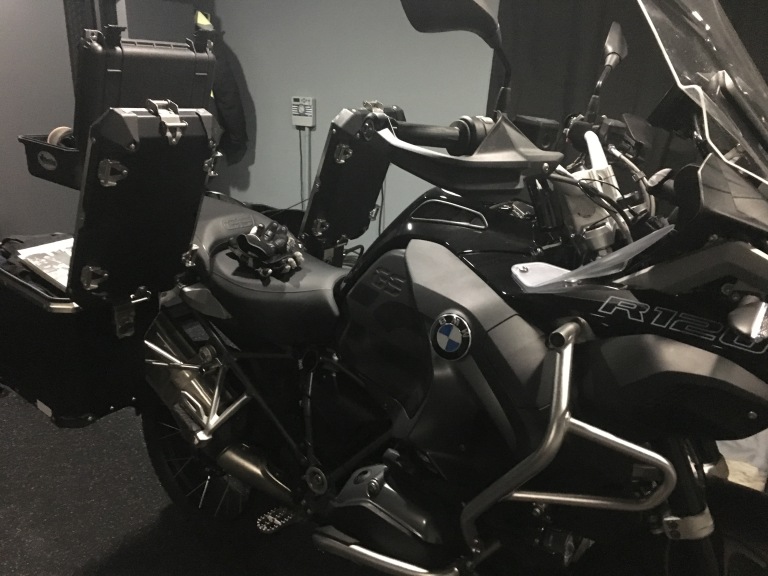 I was really looking forward to this ride…

The PLAN was to set up a base camp near Marble Falls and visit at least Six Texas State Parks in one giant loop all in one day.  Sounds like a good plan right?  I thought so too but the weather changed my plan so I had to put it off until the following weekend. Dang.

I’ve learned over the years (unfortunately the hard way) not to force YOUR plans into play. I’ve made this mistake more times than I care to think…  I’ve done this on Moto Trips because “I HAD A PLAN” and forcing it just turns the ride into nothing but a wet, soggy, frustrating experience…  or worse.

Even more worse… I’ve done this in LIFE because I was SURE I knew what the best PLAN was and how the timing should work out.

Proverbs 16:9 says  “In their hearts humans plan their course, but the LORD establishes their steps.”

If you trust God with the plans of your life then you have to trust even the little plans we make right?  Even Moto adventures.

So off I went toward the Texas Hill Country…

Moses in the Texas Hill Country

I love this part of Texas…  So many roads like the the one in this short video.

What I didn’t know at the time the weather had changed my PLANS (and the subsequent frustration) is that I would get two different life altering experiences as a result of the NEW PLANS. Ok, at least perspective altering for sure. Either way I do know this… in both situations I knew, that I knew, that I KNEW I was in the right place at the right time… and this would NOT have happened with MY plan.

My friend Ara (@arawithspirit on Instagram) told me about this FREE Camp site so I had planned to make this base camp for my weekend. As it turned out it’s not only FREE but it’s a very beautiful spot!~

Moses and Nemo (my tent) in camp site #7 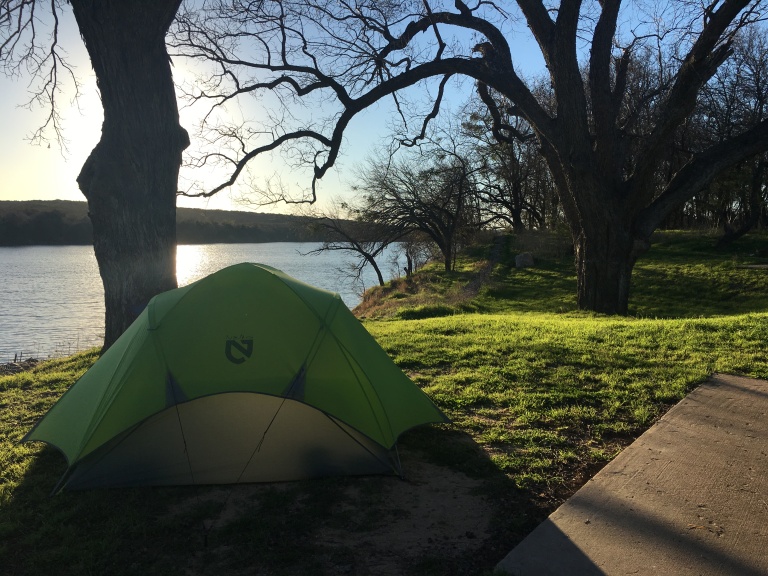 Camp Creek sits along the banks of the Colorado River and is managed by the LCRA… the Lower Colorado River Authority. Truly a beautiful spot. And did I mention it’s FREE? 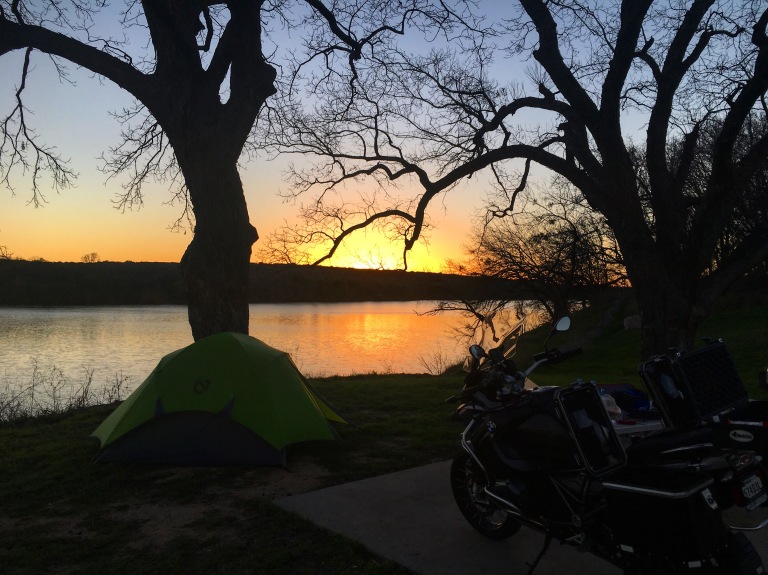 After setting up I walked over to a couple I saw and started chatting… his name is Wilson and he is car camping there for the weekend with his wife. I asked him about the park if it would be safe to leave my stuff there while I ride and said he would “keep an eye out” on my things for me.  Nice guy…  but his wife never left the car. Ever. The whole weekend.   I thought that was odd but I carried on with my world.

The next day decided to go ride and explore the area and per usual the Hill Country never disappoints… well, except when MY PLANS had to change because of THE MAN.

Even with a few dead ends and having to change my PLAN more than once it was still a nice ride in the Hill Country. 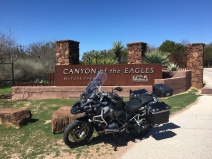 This place is a must visit!

Love me some Old Barns 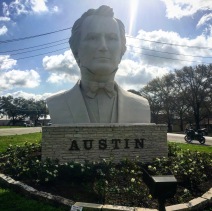 Mr Austin has a HUGE head… this is in Beeville, TX. Country seat for Austin County. 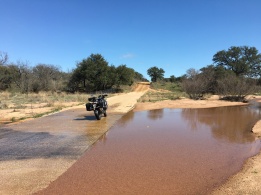 SO MANY of these on the Texas back roads. 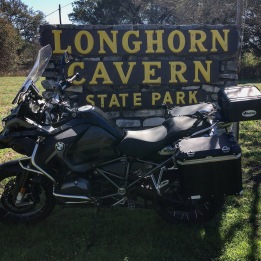 Cool spot… too crowded to explore on this day. 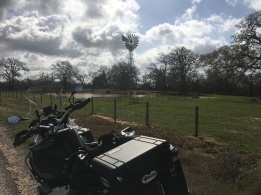 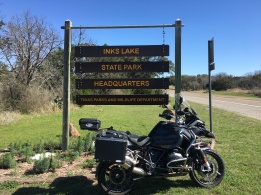 Lovely Stat Park… too crowded for me though. 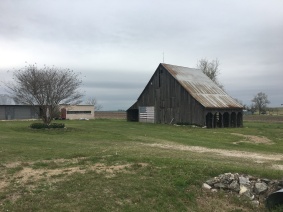 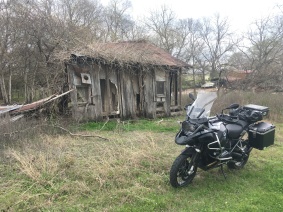 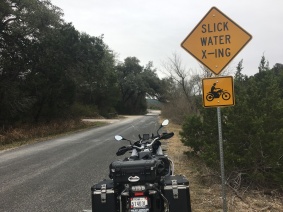 This was NO JOKE! 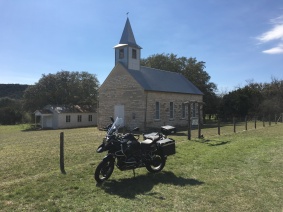 Moses being German and all we had to cisit the old German settlement of Crabapple, TX

So I get back to camp and notice Wilson and his wife moved and someone else had taken their place… in fact, it looked as though they traded spots with my new neighbor. I only noticed because I saw the old beat up Buick LeSebre in their new spot the day before… She seemed happy just cooking something on her camp stove and humming away… so I gave a polite wave and said hello.

Next thing I know I hear a notice from behind say “nice tent there” and she introduced herself as Cindy.  You could tell she’s had a rough life… weathered face, lonely eyes, teeth missing, and generally looked like someone whose been dealt a few blows in life…  she asked about my tent, what kind, what size, how much, we chatted and made tent small talk (people do this in camp sites) and then all the sudden i hear “give her your tent” down in my gut…   I rationalize it and keep chatting about how much I love it etc…how I camped in Yosemite & Joshua Tree with it “give her your tent” and again, I kinda ignore it and by this time she is telling me her life story (all the while chain smoking) and letting me know how she has ended up “living in her car.”

Wait… you live in your car?

Yes, “I had an accident where I hit my head and now I have seizures and lost everything so I live in my car…  but I kinda like it”

“so I just make due with what I have and I watch out for my friends Wilson and his wife… we really watch out for each other.”  As it turned out this was yet ANOTHER time I didn’t really “HEAR” what was being said… more on this later.

As I got into Nemo and turned out the light I heard it again…  “give her your tent.”

I rationalized that still small voice in so many ways…

But I knew what I had to do… and right there, laying in the dark, on the bank of the Colorado River, listening to the Owl in the Old Oak Tree I was under I said yes…

The next morning I had to pack and head for home but I really knew I was supposed to give Cindy my tent but their was no sign of her…  I saw her car but not her.  I had EVERYTHING packed except the tent and kept waiting…  no Cindy.  Maybe I’m supposed to keep it now I thought??  “Give her your tent…”  Ok, no more rationalizing or arguing.

“Morning Wilson, Cindy told me she’s living out of her car and  needed a tent so I wanted to give her mine… would you mind giving it to her”?

With his head down he kicked a few rocks on the ground and said “we’ve been waiting on our apartment and living with the kids was hell because we would argue and stuff… ” Wait, you mean you’re living out of your car too??   “Yea, or a hotel sometimes but mostly we live out here”

Again, I went into a bit of a time warp while standing on the river bank talking with my new friend…  how did he get here? where is his family? what should I do? but as I re-joined the conversation I was more saddened by how HARD I had rationalized something as small as not giving away my tent… or how much I whined when MY PLANS CHANGED because I couldn’t ride my expensive motorcycle and sleep in my expensive tent snuggled in my expensive sleeping bag…

That morning the skies were as grey as my mood and all the way home I kept replaying the events that took place at Camp Creek… and thinking about my “plans” and how really small I can be sometimes.

I was getting close to home and by this time I was hungry, tired, stinky, and generally ready to be off the bike, take a nice long shower, and chill…  and then I saw them. 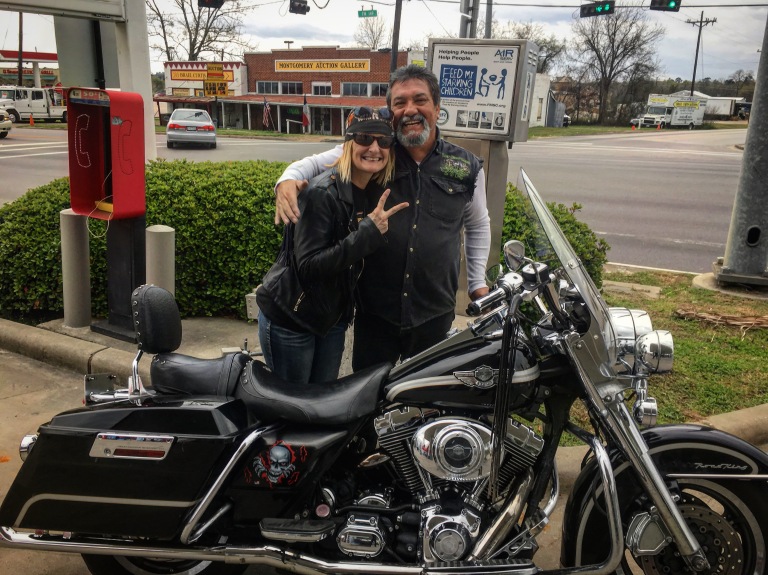 Sitting at a stop light I see these two riders with a major flat on their bike. They were attempting to put air in it but I could tell by the body language things were not going well so I pulled in and asked if I could help.

Turns out Armondo had a HUGE hole in his rear tire…   if it was a nail that caused it it was the world largest nail but I had just the right plug kit to fix it.  Armondo is an avid rider (you can just tell) and said he ALWAYS rides with a flat tire kit but for some reason not on this day…

Clearly this was not in HIS plan but I know God had this planned out just right. I never even had a second thought about helping them… I think mainly because of what I experienced with Wilson and Cindy at Camp Creek… or maybe it’s just the Motorcycle Brotherhood that really does exist but I know, that I know, that I know, I was in the right place and just the right time again this weekend…

We chatted while I worked on fixing him up and they just kept thanking me… I assured them it was no big deal and I was just glad to be there to help. At least 3 times that same weekend while off the side of the road taking pictures I had other bikers slow and ask if I was OK…   it’s just what bikers do for each other.

I plugged Armondo’s tire, aired it up, and they both gave me a huge hug, and must have thanked me a million times again before they mounted their Road King to head home…   the last thing Diane said to me was “God sent you here at the perfect time and I promise you we’ll pay it forward…”

I have no doubt He did Dianne… and it only happened because MY plans were changed.